We are delighted to announce our Festival of Dance, Music and Intangible Heritage in celebration of Canadian Multiculturalism Day.

We will be livestreaming this event on Sunday, June 27th beginning at noon, and this year we celebrate the 50th anniversary of the Canadian Multiculturalism Policy with our livestream of over 30 artists representing a huge diversity of cultures all residing in the Greater Toronto Area! Stay tuned for the schedule of artists coming soon! Please join us at our Facebook page or YouTube channel. This program is made possible by our partners at the Ministry of Canadian Heritage.

We were very proud to present the Indigenous Heritage Arts Celebration in honour of National Indigenous People’s Day on Monday, June 21, at 7:00pm ET. The livestream includes presentations, live performances, dance creations, music, artwork, stories and journeys behind the creative work, and can still be viewed on our Facebook page.

This poster features beaded medallion created by Shantell Powell, one of the featured artists in Monday’s presentation. Please join us!

The first CFAC International Folk Dance and Music Virtual Festival 2021 was held on February 20 and 21, 2021! Day 1 featured performances of folk and music and dance from our amazing CFAC members representing Canada in our Canadian Showcase as well as an international array of music and dance artists from Kenya, Egypt, India, Jamaica, Colombia, Inner Mongolia/China, Spain, Turkey and Cyprus in our International Showcase. Click here to see the full Day 1 program and see below for the full showcases!

Day 2 of this festival featured our CFAC members presenting about Intangible Cultural Heritage and how their art and programs have been impacted by the Pandemic. Click here to see the full Day 2 program!

You can see the full video of the first group of Intangible Cultural Heritage seminars by following this link!

You can see the full video of the second group of Intangible Cultural Heritage seminars below.

We were very proud to have CBC Toronto cover the festival. See the video below for the full segment.

CIOFF®, the International Council of Folk Festival Organizers, founded by Henri Coursaget of France in 1970, celebrated its 50th anniversary this year. In celebration of this milestone anniversary, CIOFF® hosted a virtual Folklore Marathon on August 8, 2020. The Community Folk Art Council of Toronto (CFAC) was delighted to be part of this virtual event which featured 8 hours of FREE international folk dance workshops from across North America as well as from the other CIOFF® sectors around the world!

CFAC was represented at this virtual folklore workshop marathon by three Toronto/ GTA groups: Dilan Dance Company, which presented a mini lecture and display of Kurdish traditional regional clothing as well as a demonstration-workshop on Kurdish traditional “Bablekan” dance; Fiesta Filipina Dance Troupe of Canada, who presented a performance, presentation and instructional workshop on the world famous Tinikling dance of the Philippines; and The Toronto Morris Men, who presented an informative performance and instructional workshop on English Morris dancing with live music! The CFAC presentations were watched by thousands of viewers from all around the world, including viewers from England, France, Germany, Turkey, the Philipines, India, United States, Canada and beyond! The CFAC workshops continue to remain online, and we welcome you to watch them at: https://www.facebook.com/christian.hidalgomazzei/videos/10159787172563943/

The Community Folk Art Council presented this year a Digital Celebration for our Multicultural Canada Day, streamed live to viewers worldwide through Facebook and Youtube. Although the Multicultural Canada Day Celebration at Yonge and Dundas Square has been a beloved annual celebration, this year, due to the COVID pandemic and resulting social distancing measures, we moved this popular celebration to the virtual realm, with a concert featuring our different CFAC member groups on July 1 (Canada Day), in three sections on two showings (Afternoon and Evening), featuring a total 7 hours of video showcase! We are happy to report that we had a successful online celebration, with viewers tuning in from not only across Toronto and Canada, but also around the world, with places as far as Peru, Germany, India and Hong Kong!

These wonderful performances continue to remain online, and the videos of this digital Canada Day Celebration can be watched on the Community Folk Art Council of Toronto Facebook page or Youtube Channel! 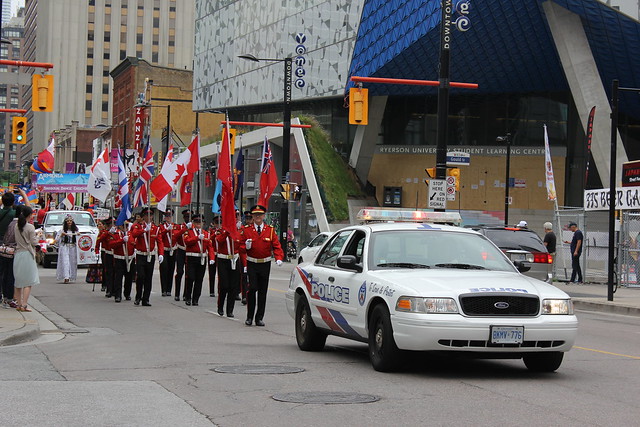 10am – 12pm  150 Celebrate Canada Parade, the “ Parade of Nations”, with participants of over 20 countries and community groups, with 1500 individual participants, from all diverse cultures and ethnic groups in full traditional costumes, proudly showcasing floats about their contributions to Canada. 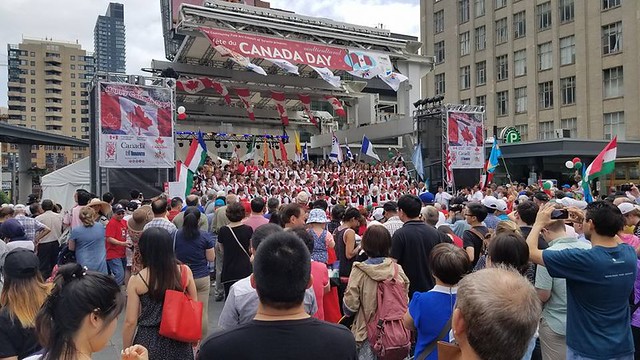 Main Stage – Yonge Dundas Square
At 12:00pm, we kicked off the festival with the opening ceremonies, which include singing of O’Canada, the cutting of the Happy Birthday Canada cake, and then after we directly begin with live performances from multicultural groups showcasing their diversity. These multicultural performances will continue throughout the day, with performances of 30 minutes segment shows ending at 9:00pm.

May 2, 2015 – Thank You Canada – a Celebration at City Hall Toronto, 70 year anniversary that Holland was liberated by the Canadian Armed Forces.

Easter Around the World – City Hall

Tap Your Toes Around the World – Bata Shoe Museum

Christmas Around the World- City Hall

Easter Around the World – City Hall