Only 1 year until we celebrate Canada’s 150th Anniversary of Confederation!

In 2017 Canada will mark the 150th anniversary of Confederation. This is your celebration! How will you join Canadians taking part from coast to coast to coast? The Canada 150 adventure awaits you

The first French-Canadian Prime Minister after Confederation, Sir Wilfrid Laurier (born November 20, 1841) encouraged immigration to the West of Canada. Laurier was Prime Minister during a period of major industrialization and oversaw the inclusion of Alberta and Saskatchewan into Confederation. In 1910, he led the creation of the Royal Canadian Navy.

150th anniversary of the Fenian Raids

The raids of 1866 furthered the cause of Confederation by encouraging a united defence. The defence of the extensive Canadian border against Irish-American raiders was victorious and showed the devotion of Canadians to their nation. A number of Canadian Forces regiments can trace their heritage back to this time period.

The first provinces to grant women the right to vote in 1916 were Manitoba, Saskatchewan and Alberta. This was an early step in the path to equality and women’s rights.

While this historic offensive decimated the Royal Newfoundland Regiment, it also prepared Canadians for their success at Vimy Ridge. The battalion was subsequently recognized for its unwavering bravery in the face of trying conditions.

Learn more about commemorating the centennial of the First World War.

75th anniversary of the Battle of Hong Kong

The battle of Hong Kong was 17 and a half days of intense fighting. When Allied forces were overrun on Christmas Day, December 25, 1941, those who had survived the battle found themselves in what would become four years of captivity in prisoner-of-war and Japanese work camps.

Learn more about commemorating the 75th anniversary of the Second World War.

The Fathers of Confederation first dreamed of a united Canada, prosperous, proud, strong and free…

Join us this year as we celebrate the Great Canadian North.

Learn more about the Commemorations of what contributed to the Canada we know today.

Here’s our upcoming calendar of events happening in 2016

Other Events of interest:

Other Out-of-Province Events in 2016

Celebrate life and culture with world-class entertainment, delicious authentic food and beautiful cultural displays at Folklorama, the largest and longest-running multicultural festival of its kind in the world (as determined by the International Council of Organizations of Folklore Festivals and Folk Arts). Explore one of the most vibrant arts and culture scenes found in the heart of the continent during the first two weeks of August. Join friends and family and experience the world’s cultures in Winnipeg in August 2016. More info 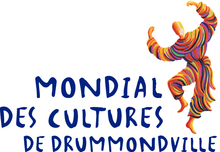 World Cultures (formerly World Folklore Festival) is a festival to discover the different facets of world traditions every summer at the beginning of July to Woodyatt Park Drummondville, a town in the region of Centre-du-Québec . The event was founded in 1982, after members of the Mackinaw folk ensemble had participated in a similar festival in Dijon, France. The 34th edition of the festival will take place in July 2016. More info